Every Author has Something Unique to Say, By @KathryneKennedy

I have been clearing out some room by reading my husband’s books—even those that involve battles and political intrigue, which aren’t my usual cup of tea, but which my DH adores. If I don’t do this periodically, my house would be covered in books…literally. I only keep those books that I plan to read over and over again. But all books are treasures, of course, so I don’t throw any of them away: they go into a box to donate to my local library. And regardless of the genre, a book won’t leave my home until I have a chance to read it.

So in the last few months I have read over a dozen fantasy and science fiction books, most of them with just a little romance tossed in as a minor subplot (which is one reason why I started writing fantasy romance). Often, there’s lots of agony, blood, guts and the political intrigue, and I focus on the romance more in my head than what’s written on the page. Regardless, I find most of the books fantastic, and many just darn good. I have yet to find a book that I haven’t learned something from, or isn’t praise-worthy in some way.

And so I came across a book of the type of fantasy I love. (Her Majesty’s Wizard by Christopher Stasheff) A hero from our modern world travels back in time and can do magic. He rescues a princess, and is attracted to her. He meets a dragon who doesn’t fit in with his own kind, and they become friends. They meet a dark enchantress, who lures men into her castle for pleasures of the flesh, and our hero defeats her magic, and she loses her powers…and is taken to a priest to be shriven. And said priest turns out to be a werewolf, and has passions of the human flesh, so he has evil in his soul.

And then it starts to get all about religion, as our hero has a long dream about hell and the devil and the evil in his own heart. He must overcome this evil, overcome his ‘lust’ for the princess. Now, my books are all about lust, and how it leads to love. So this black and white thinking now has me puzzled. So I read the bio in the back of the book.

The author realized that many fantasies are medieval, and in medieval times, people saw God in everything—and the devil waiting to pounce at the first hint of sin. And so he set about writing a ‘realistic’ fantasy. Hence, writing a story that delved into the author’s own questions about faith.

This was the author’s own quest, in a way. No one else could have written this book quite the way he did. And although the hero does ask the princess to marry him in the end, it’s in a rather (unique) way. Sort of like an argument between the two of them.

My point is, no matter how many thousands of books are printed each year, no matter that they carry similar concepts (for fantasy, we usually have dragons, trolls, and the ultimate evil are demons), every author tells their story in a different way, from their own perspective. With perhaps similar themes, but never exactly the same.

It doesn’t matter whether critics, awards, or bestselling status lauds a book. Each is a work of art, unique in the hand of the author who writes his story with broad strokes of a brush. And in my humble opinion, there is no book that is published that doesn’t deserve the honor of that praise.

My Magical Best,
Kathryne
Posted by Author Kathryne Kennedy at 7:00 AM No comments:

Email ThisBlogThis!Share to TwitterShare to FacebookShare to Pinterest
Labels: FOR WRITERS, Inspiration 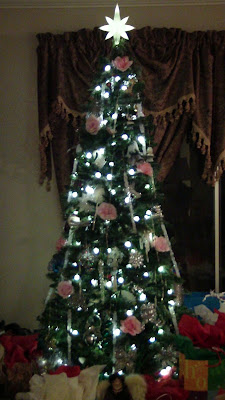 To all my Readers, Writers, Friends and Family: May this year be the best ever! May your holidays be full of love and laughter, and may the new year see the fulfillment of all your dreams and wishes.
Hugs,
Kathryne
Posted by Author Kathryne Kennedy at 12:30 AM 2 comments: