Do you love fairies? 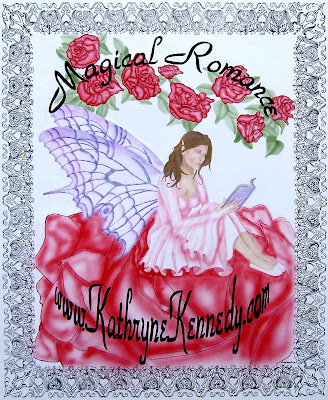 Then I have such a treat for you! While I'm recovering from surgery I've been working on some fun stuff for my readers, and have updated my e-store with new fairy logos. You can check out all the original artwork here: http://www.cafepress.com/KathryneKennedy
(There's also a direct link from my website.)

Since this is advertising for me, I make no profit on the sales so the prices are very reasonable. I will be using my e-store for contest prizes and more, so stay tuned. And if you're an author, do you have an e-store for your readers? It's great fun and totally free! Click on the link in my store to start your very own. (One caution: check with your publisher before using your book cover artwork on any merchandise. Most publishers do not purchase the rights from the artist for this sort of venture.)
Posted by Author Kathryne Kennedy at 11:32 AM 2 comments:

Email ThisBlogThis!Share to TwitterShare to FacebookShare to Pinterest
Labels: Fairies, FOR WRITERS

New reviews for ENCHANTING THE BEAST

“Kathryne Kennedy has done it again! Another keeper to put on your shelf.”
~Robyn Roberts, Once Upon a Romance
http://www.onceuponaromance.net/EnchantingTheBeast.htm

“As intriguing as the storyline is, it's once again Ms. Kennedy's ability to create original heartfelt characters that shines.”
~Clover Autrey, Paranormal Romance Reviews
http://www.paranormalromance.org/reviews/review.php?id=31393

“I love Enchanting the Beast! Kathryne Kennedy is a wonderful writer with remarkable talent for richly detailed and beautifully told stories, perfectly suited to the fantasy world she has created.”
~Kelley Hartsell, CK2’s Kwips & Kritiques
http://ck2skwipsandkritiques.com/kelley/2009/enchantingthebeast_kelley.html
Posted by Author Kathryne Kennedy at 11:50 AM No comments:

Email ThisBlogThis!Share to TwitterShare to FacebookShare to Pinterest
Labels: Enchanting the Beast, Reviews

Join me today for coffee and some simple advice on being a happy writer at: http://siamckye.blogspot.com/
Posted by Author Kathryne Kennedy at 6:05 AM No comments:

Email ThisBlogThis!Share to TwitterShare to FacebookShare to Pinterest
Labels: Blog Tour, FOR WRITERS 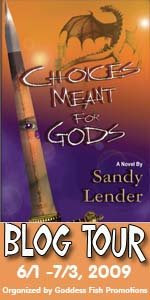 Posted by Author Kathryne Kennedy at 8:34 AM No comments:

http://www.theromancebookclub.com/guest-blogs/author/romancebookclub
Stop by and leave a comment to be entered to win an autographed copy of Enchanting the Beast.
Posted by Author Kathryne Kennedy at 8:03 AM No comments:

Email ThisBlogThis!Share to TwitterShare to FacebookShare to Pinterest
Labels: Enchanting the Beast, win a book

FOR WRITERS: My Favorite Link

I’d thought I’d share my favorite link that I use while writing. I pull it up before I even open my manuscript:

It’s free, although usually when I first pull it up a pop-up ad will appear. But after I close it I don’t get any more of them on my subsequent searches.

The main reason I use it is because of the historical aspect of my books. At the bottom of the definition it gives a word origin date. If I use a word that strikes me as possibly too modern, I look up the definition for the origin date. Now, obviously, I can’t do this with every word I write or I’d never get a book finished, but if something strikes me, I’ll look it up. Usually it’s the longer words. For example, I wanted to use ‘paradox’ but that sounded like it might be a more modern concept. But apparently the word originated in 1530 (although its meaning has changed since the word was first used). Séance is a word I looked up for Enchanting the Beast. It originated in 1795, which is okay for that Victorian series, but it’s not a word I could use with my new Georgian series.

I also like that the site has other options for a thesaurus and reference. I do a quick search here, but if I’m looking for just the right word, I’ll refer to my print thesaurus, which has many more options. The reference, though, comes in handy. For example, I wanted to make sure I was spelling ‘geas’ correctly (and even now my spell check underlines it). But when I looked it up in the dictionary, it came back that no such word exists. Now, I’m aware it’s a fantasy term, and I know it exists, so I hit the reference button. Sure enough, it pulled up ‘geis’, which apparently is another spelling I wasn’t familiar with, but scroll down and sure enough it talks about a ‘geas’.

In my current WIP, I wanted to use ‘black diamonds’ as a comparison to my hero’s eyes. But alas, the term did not originate until 1910 (probably because we didn’t have the technology to create them until then). So, I will have to come up with some other comparison.

I use it as a quick reference for hundreds of other reasons and I hope you’ll find it handy as well.
Posted by Author Kathryne Kennedy at 7:36 AM 2 comments: