FOR WRITERS: Should you market to readers online?

Their research cites that online marketing is especially important to fiction titles. According to this study, 21% of book buyers said they learned of books they wanted to buy from online promotion. This vs. 13% who learned of these titles through other means (i.e. reviews, etc.) . And to the importance of an author's platform: a whopping 28% of readers said they chose a book because of the author, while only 9% of readers bought because of subject.

Reprinted from "The Book Marketing Expert newsletter," a free ezine offering book promotion and publicity tips and techniques. http://www.amarketingexpert.com
Posted by Author Kathryne Kennedy at 6:00 AM No comments:

I love to hear from my winners...

I received the sweetest letter from the winner of my last cameo contest:

From: s
Posted by Author Kathryne Kennedy at 7:43 AM No comments:

What two words are a perfect combination for the romance reader? Chocolate. And diamonds. So to launch the first book in my new series, THE ELVEN LORDS, I will be having three contests that feature chocolate diamond jewelry. (See http://www.kathrynekennedy.com/contest.html for a photo and description of this sparkling prize.)

This first contest is all about spreading the word about the first book in the new series, THE FIRE LORD’S LOVER. To enter, just post the following blurb anywhere on the Internet (Chatrooms, Forums, Blogs, Myspace, Twitter, etc. Err, no inappropriate sites, please. And the exact blurb cannot already be mentioned on that site. (If you don't own the site, please verify that it's okay with the site owner to post the blurb).

Email the URL link to: kathryne@kathrynekennedy.com with TFLL1 CONTEST in the subject line.

A winner will be randomly chosen from those with a verifiable link. Entering the contest automatically signs you up for the author's newsletter. Your information will be kept confidential. Contest ends April 30, 2010. Void where prohibited by law. You must be 18 years or older to enter. No prize substitution permitted. Odds of winning are determined by number of entrants. This contest is subject to all federal, state and local laws and regulations.
Posted by Author Kathryne Kennedy at 6:00 AM No comments:

Win a copy of MY UNFAIR LADY among tons of other books. Pick up great new recipes from my fellow Casablanca authors! View some great eye-candy. Join the fun today!
Posted by Author Kathryne Kennedy at 8:00 AM No comments:

Email ThisBlogThis!Share to TwitterShare to FacebookShare to Pinterest
Labels: My Unfair Lady, win a book

is now up on my website! I have to say that the summary that Sourcebooks wrote for the book is frankly amazing. The stories and worlds I create always seem so...big, and to sum it up in two paragraphs with all the right power words is an incredible talent. How do you introduce a book that is set in the Georgian era, in a magical new world created by an invasion of elven warlords from another realm, with a sexy love story between a half-elven bastard and his assassin bride? I think they managed to do it stupendously, and if you want to see for yourself, kindly take a peek at: http://www.kathrynekennedy.com
Posted by Author Kathryne Kennedy at 6:00 AM 7 comments:

Email ThisBlogThis!Share to TwitterShare to FacebookShare to Pinterest
Labels: The Elven Lords, The Fire Lord's Lover

some more very nice reviews for MY UNFAIR LADY:

"Ms. Kathryne Kennedy has written a hilarious book with the spin of My Fair Lady. She has included more disruptions and comical happenings than seems possible in one book. Her characters are well developed and likeable. The events that take place follow an interesting plot and the outcome was hilarious. She introduced many surprises and kept me entertained." http://theromancestudio.com/reviews/reviews/unfairladykennedy.htm

"There was so much to like in this story I hardly know where to begin. As I came across each scene that made the story special I thought “I have to include this”, “I have to include that.”"
http://loveromancesandmore.blogspot.com/2010/02/my-unfair-lady-by-kathryn-kennedy.html
Posted by Author Kathryne Kennedy at 6:00 AM No comments:

Email ThisBlogThis!Share to TwitterShare to FacebookShare to Pinterest
Labels: My Unfair Lady, Reviews

We have a winner! 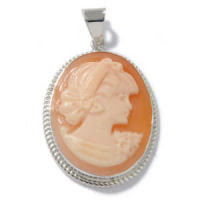 Congratulations to Linda E. from Canyon Lake, Texas! She was my lucky newsletter subscriber #832 who won a hand-carved cameo pendant from my third contest for MY UNFAIR LADY.

Thank you, Linda, for being such a loyal reader. Enjoy!
Posted by Author Kathryne Kennedy at 8:17 AM No comments:

FOR WRITERS: Pitching to an agent

My agent (Christine Witthohn http://www.bookcentsliteraryagency.com/ ) recently paid me a visit to Arizona to speak at my Desert Rose writer's meeting and she kindly agreed to take individual pitches from the writers in my group. I was so very proud of my friends! They acted professionally and although the nerves were high, bravely faced the dreaded pitch. Laurie Schnebly Campbell spoke at my Valley of the Sun meeting last night with a fabulous presentation on how to compose and present a pitch (she offers on-line classes as well at http://www.booklaurie.com/ ) as many of my friends will also be pitching at the upcoming Desert Dreams Conference in Scottsdale.

I was very impressed with one of my fellow writers when we had an impromptu lunch with my agent (Yes, you could find yourself with an unexpected opportunity). She asked how my agent went from nursing to opening her own literary agency. My agent smiled and launched into an explanation and I guarantee she will not forget the lady who asked this question. It meant that the writer had done her homework. It only takes a few minutes to go to the agent's website and read a bit more than what he/she accepts for submissions. Besides making an impression on your professionalism, it also shows that you are truly interested in this particular agent. This is a person that could be your partner long into the forseeable future and I can't stress enough how important it is to know that person. If your personalities don't mesh it can make for a difficult relationship. If your vision of what you expect from an agent does not match with what the agent is willing to do you are going to be disappointed.

If you can't determine that information from their website, look up the agent's authors. Most of them have contact information on their website. Ask them what the agent is like to work with. I often get queries and I have no hesitation in answering them with why my agent is perfect for me. I prefer a down-to-earth, honest agent who has my best interests at heart and strives to meet my needs. Who is interested in long-term career planning and answers my e-mails or phone calls in a timely manner, and who I feel as comfortable enough with as if she were my own sister (well, okay, this last one is an added bonus).

I would like to add one other caution, whether you're attending a writer's meeting or a conference. Be professional at all times (yes, this means even in the bathroom!) You never know who you are likely to run in to. People have long memories and a good attitude can make a good impression and provide you with unexpected opportunities.

Wishing you the best in your writing endeavors,
Kathryne
Posted by Author Kathryne Kennedy at 6:41 AM No comments:

Can inanimate objects be characters in a novel?

In my new Georgian fantasy romance series, THE ELVEN LORDS, there are seven magical scepters that the elven lords used to open the gate to the world of man. The scepters long to return to their home world of Elfhame, and using their magical connection to the dragon-steeds, aid the English in taking back their home world through their magical connection to the sentient dragons. In book one, THE FIRE LORD’S LOVER, the scepter communicates that need through the dragon Ador, and the dragon in turn begins to influence the half-blood son of the elven lord, Dominic, in their quest to return home.

It didn’t occur to me that the scepter might be a character until I started writing book two, THE STORM LORD’S DAUGHTER. My warrior hero, Giles Beaumont, has an enchanted sword (or cursed, depending on your point of view) that quivers at the scent of blood and flies to Giles’s hand when battle is near. Like the scepters, the sword has wants and needs…and develops a personality even stronger than the scepters’. I then realized that the influence of the scepter permeates throughout THE FIRE LORD’S LOVER, although it doesn’t appear in too many scenes, and when it does, it is nothing but a cold lump of ancient jet-black stone. They may not be fully fleshed characters, given that they are inanimate objects, but I think the fantasy element allows them a sort of awareness of the world around them, and combined with their needs and desires, may certainly qualify them as characters.

So can inanimate objects be a character in a novel? I believe that, with magic, anything is possible…but I will let you decide for yourself when you read my upcoming series, THE ELVEN LORDS.
Posted by Author Kathryne Kennedy at 6:00 AM No comments: